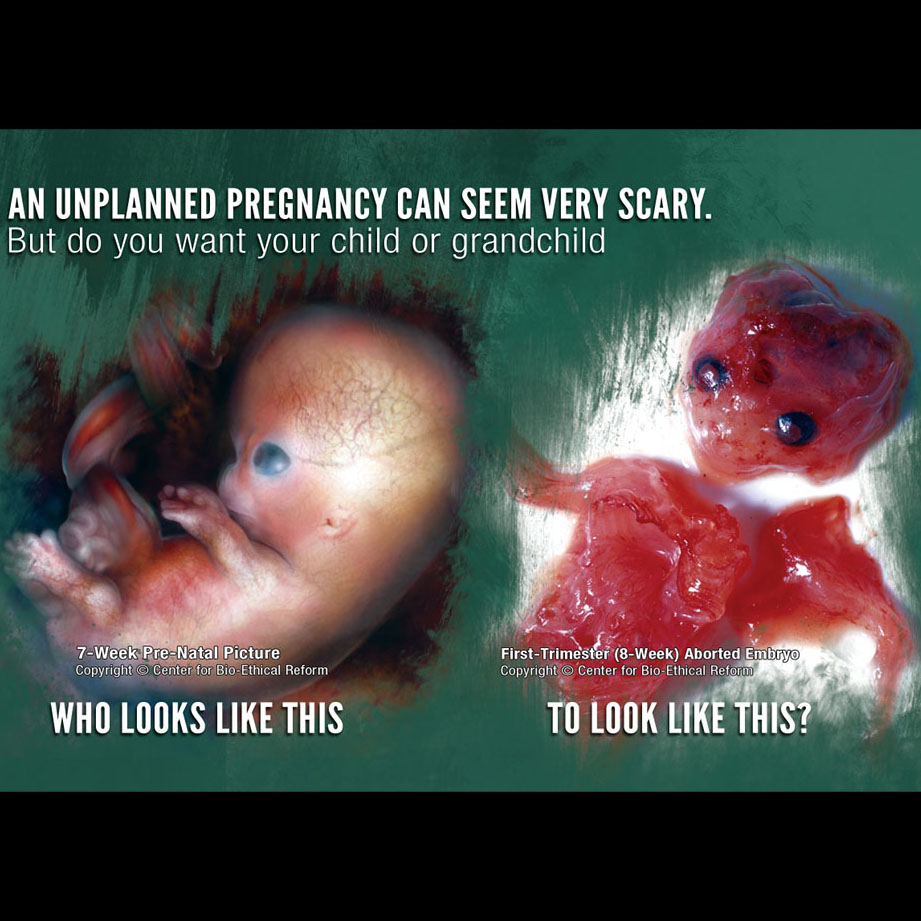 Let me paint you a picture.

You leave your house in the morning for work, or church, or school. As you step outside your house, you notice that’s something’s different. There are tiny splashes of crimson on the sidewalk in front of your house. As you walk closer, you realize with a sickening feeling that those tiny scarlet splashes merely outline the final resting places of tiny corpses, so tiny you have to lean over and squint at them—and when you do, you see tiny, perfectly formed arms, legs, and worst of all—faces. Faces that you do not want to see. Perfectly formed human beings, grotesquely mangled, savagely violated, and finally, callously abandoned.

And there are hundreds of them, stretching up the street. In order to go about your day’s activities, you must first step over 266 tiny bodies.

That might sound dramatic to some. In fact, I’m sure it does. And that is precisely why the gatekeepers of Christian schools and churches often do everything in their power to ensure you will never have to look a victim of abortion in the face. Many seem hell-bent on making sure that no student, no congregant, should ever have to grapple with the world-changing and gut-wrenching realization that we have failed millions of tiny human beings. Another day, another small sacrifice on the Altar of Nice. But don’t worry. You won’t have to step over the corpses as you go about your day. They’ve either been incinerated or packed into bio-hazardous bins, safely away from our fragile consciences. And there are plenty of pro-life people who want to make sure you don’t even see the only evidence of their fate that exists to tell their story: Abortion imagery.

Beyond the detailed and comprehensive explanations that has already been laid out regarding the need for showing abortion when we talk about well, abortion. A pro-life educator being told they can educate a class about abortion as long as they do not provide any documentary evidence of their claims (besides being just plain absurd) is the equivalent of telling a history teacher to educate his or her class about the Holocaust without showing any concentration camp pictures. Or a humanitarian worker to lecture about starvation in Africa without showing pictures of the starvation victims. Or an anti-smoker campaigner who can say that smoking makes your lungs black, but is forbidden to show any pictures of said claim.

There is no intellectually sustainable reason for this position. There is only the constant, infuriating, knee-jerk desire to keep everybody “happy,” whatever that means. Keep feeding them the morphine of cute stories and completely ignore the victims of abortion, so that when kids actually do go out and have abortions (and trust me, we have met many post-abortive teens in Christian schools) we can at least tell these shattered girls that we tried to protect them from any sort of emotional reaction to a picture. That’s right. You saved kids from a normal, human reaction to a picture of a human our society betrayed—but in the process, you may have removed the last barrier between them and a lifetime of pain and regret. It’s a good thing that no teens watch slasher flicks or gory movies. That would really traumatize them.

If you are pro-life, you know, as I do, that abortion has killed millions of pre-born children in Canada already. You are aware that the number of lives lost here already exceeds the number of lives lost in many of the other titanic injustices of our age. What would your response be to someone in the 1930’s and 1940’s who opposed the killing of Jews, but also opposed showing any pictures of the concentration camps to average citizens? Would you not say that they, too, were aiding in the cover-up?

If you know, as I do, that the pre-born are human beings whose right to life is being violated on a day-today basis, can you in honesty object to my comparison? Who does this suppression of evidence help, and who does it hurt?

It’s something to think about.