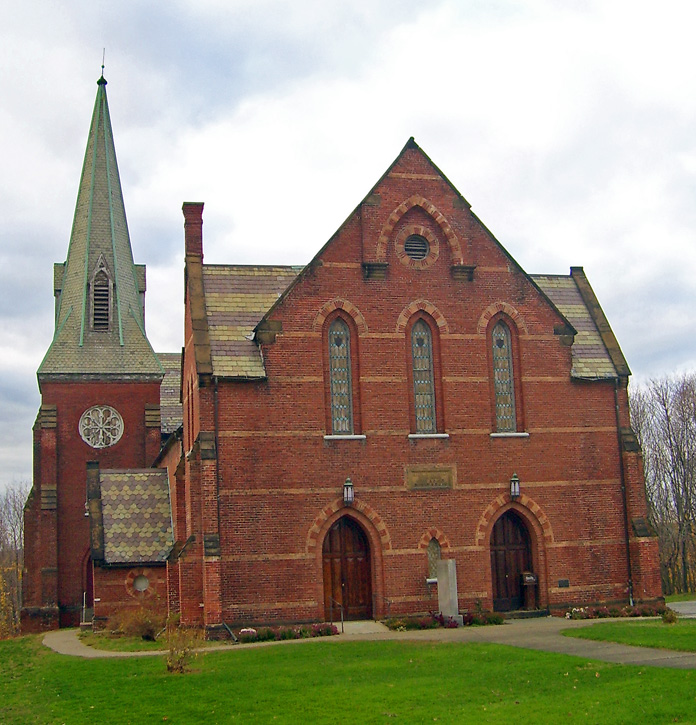 It should be obvious to any observer that the world we live in is becoming increasingly hostile to Christians. Many Christian views are now considered to be hate speech. Christian tax dollars are taken to dismember pre-born children in government-funded clinics. Christian schools, especially in Alberta in the wake of Bill 10, are now under threat of being forced to teach their children ideological beliefs that directly contradict biblical teachings on sexuality. The schools haven’t been forced to change their teaching yet—although the Catholic school system in Ontario has already knuckled under—but be assured that the day is coming where the government will try. Secular activists are not satisfied with having thoroughly infiltrated and rebuilt the public system. They want Christian schools, too.

In the last decade, we’ve seen a moral revolution at warp speed. The culture has shifted so radically left on virtually every social issue that we’ve been left gasping—if we’ve even noticed.

The response to secular threats has been, for decades, to build the walls higher. A strong defence. And this has, in many cases, worked very well. It has successfully kept many of the wicked influences out of church communities. But with the dawn of the Internet, those days are over. Walls can be built higher, but Wi-Fi connections go right through them. Those children who are not presented with biblical teaching on pornography, sexuality, abortion, and so many other issues, will simply find those answers elsewhere. And by the hundreds, they are. I talk to them all the time.

The response of many is that we must pray. And this is absolutely true. We are commanded to pray without ceasing”—and especially when the times are dark, as these certainly are. But what we often forget is that we are also commanded to work. As Augustine said, “Pray like everything depends on God. Work like everything depends on you.” Prayer and work, as one Bible doctrine book of the Netherlands Reformed Congregations puts it, are like two paddles in one boat. Both are essential.

To say that we shouldn’t engage or interact with the culture is to say that a farmer can sit in front of a barren field (and what an apt comparison to our culture that is.) Instead of ploughing the field, and planting the seed, and watering the plants, and weeding the field—all the while prayerfully, as God rules over nature—he instead sits in front of his field and waits. He prays for crops to spring up where there has been no work done. He hopes the plants will spring up where no seeds are planted. And of course, the field remains barren.

Rev. Kersten, the founder of the Netherlands Reformed, advocated strongly against a withdrawal from the public square, recognizing the dangers of this. His well-known biography by Rev. Golverdingen states that Rev. Kersten himself felt drawn into politics because “he could not resign himself to the passivity he observed in the congregations.” Rev. Golverdingen notes that “Rev. Kersten also berated the indecisiveness and indifference toward national interest by some members of his own circles,” even preaching a sermon where he compared those who refused to defend Christian principles in the public square to the tribe of Reuben refusing to join Deborah in going to battle against Sisera and the Canaanites.

Many of us have fooled ourselves into believing that the world can burn, but as long as we keep the doors of our churches and communities tightly shut, we are safe—even when the flames are licking at the doors.

Even in political manners, many vote with their business interests in mind rather than social issues. We seem to have forgotten that in a democratic system where we choose the leaders who rule over us, we are morally responsible for the decisions that they make. When the Alberta NDP declares that we need more abortion clinics, and we vote for the NDP, we are voting for more abortion clinics. To focus simply on economic security only when voting is to believe that God will prosper a nation that has now butchered more than four million human beings created in His image.

When the people of Israel demanded a king “like all the nations” the prophet Samuel was commanded to tell them, “And ye shall cry out in that day because of your king which ye shall have chosen you; and the Lord will not hear you in that day” (1 Samuel 8:18). Similarly, if we are not trying to impact the culture on these issues of utmost importance, if we are not trying to curb and combat national sins, and if we are willing to vote for those who uphold the most wicked of political positions, then we cannot be surprised at the implosion of our culture. Indeed, we have contributed to it.

In his book Practical Religion, J.C Ryle states: “When St. Paul said, ‘Come out and be separate’, he did not mean that Christians ought to decline all intercourse with unconverted people, and refuse to go into their society. There is not warrant for such conduct in the New Testament.” He further noted: “To know nothing about what is going on among mankind, and never to look at a newspaper,–to care nothing about the government of one’s country, and to be utterly indifferent as to the persons who guide its counsels and make its laws—all this may seem very right and proper in the eyes of some people. But I take leave to think that is an idle, selfish neglect of duty…Christians who plume themselves on their ignorance of secular things are precisely the Christians who bring religion into contempt.”

Opposing or ignoring those who try to defend these values in the public square is, for Christian communities, cultural suicide. The secularists are not willing to live and let live. They have been successfully transforming society for more than four decades now. And they have met very little opposition.

The simple fact is that there has never been so much self-interest in cultural engagement. Those Christians who believe that our society is going to live and let live have quite simply not been following the news. It is not just the imminent threat to Christian education. It is even in our ability to say what we believe. A jeweler in Newfoundland, for example, is currently under attack by a gay couple who purchased rings at his store because they noticed that he featured a small sign supporting the sanctity of marriage between one man and one woman. They are demanding a refund, an apology, and the backlash has already been so severe that the jeweler has been forced to take down his business’s Facebook page.

We can ignore these trends. We can wait for the time when, not so very long from now, government officials demand that we change the way we teach our children and demand that we begin excising from our curriculums those biblical teachings that contradict the new secular dogmas of our day. Or instead, for the sake of our children and our communities, we can speak up, and we can fight back.

The history of the people of Israel provides us with a powerful picture of what happens when the church fails to live according to God’s revealed will. It should serve as a reminder to do all we can to counter this trend, while praying for an inward change as well.

“Come, and let us return unto the LORD; for he hath torn, and he will us; he hath smitten, and he will bind us up. After two days will he revive us: in the third day he will raise us up, and we will live in his sight. Then shall we know, if we follow on to know the LORD: his going forth is prepared as the morning; and he shall come unto us as the rain, as the latter and former rain unto the earth” (Hosea 6:1-3).”