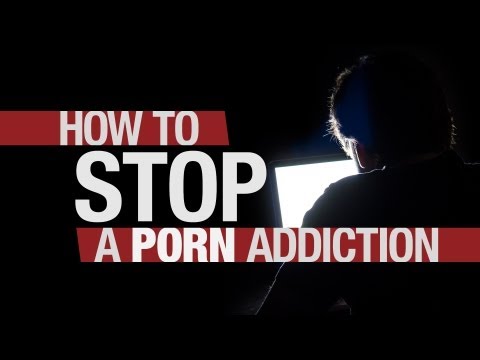 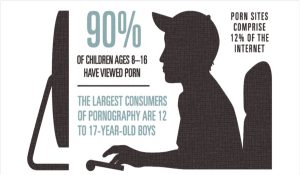 Pornography is not just a ‘cultural’ problem. Pornography is also our problem. I think it’s necessary to ensure that everyone understands that this problem does, in fact, impact our community. There is a tendency to view these types of problems as problems of the outside world that we have to prevent from seeping in, as opposed to problems that we need to face and root out in our own church community. I’d like to very briefly go over three important facts about pornography:

I’m going to share with your four (of many) testimonies of young people, all members (baptized or confessing) of the Netherlands Reformed Congregations, of how pornography has impacted their lives. These testimonies are anonymous.

A NRC wife and mother:

“When my husband first told me about his struggle with pornography I was too shocked to respond. Once that wore off I experienced much anger, low self-esteem, sadness and insecurity about our relationship. However, I am happy to know that he had the confidence and courage to tell me about it. His guilt about watching pornography is stronger than his pride to keep it hidden from me. We have become very open about the topic and discuss it from time to time. There are times that he feels the urge to look something up, but keeping communication as well as using a reliable filter for the internet on both our computer and smart phones has kept him accountable and our relationship strong. Now my trust in him has been renewed, we pray together asking for God’s forgiveness but also for His protecting hand over us.

In my perspective our community must be more open about this issue so that those who do struggle with pornography feel they are not alone and that they are willing to seek help. Without help someone who struggles with pornography will only feel hopeless and more than likely develop an unbreakable addiction. We must be realistic, realize that many people struggle and stop being quiet about the topic.”

A high school teacher in a NRC school:

“This did not mean that from then on I was free and clear and never had to deal with the issue again—far from it. The pull of this addiction is much too strong and lasting. Thankfully I do not have the images popping up in my head from memories. However, everything around me reminds me of this “high” from store front advertisements, to suggestive music lyrics, to clothing that is too tight or too revealing. It is not the first and only thing I think of when confronted with these example but it is almost always there somewhere lurking in my thoughts. Therefore a constant guard is needed to fight against this addiction on a continuous basis. I can also say that the longer you stay “clean” the easier it becomes, now the triggers are not as frequent or perhaps as noticeable. Yet, they are always there and I am afraid they will always remain.

This constant struggle has (had) obvious strain on my marriage as I have fallen twice since my vows a few years ago. Thankfully, my wife is understanding and patient with me. She has also been my biggest help in this struggle, keeping me accountable and installing filters that monitor internet activity and block and filter out pornography. In my opinion the blockage of sites doesn’t help completely. It does make getting to the pornographic content harder but there is always a way around them and the younger and more attuned to technology you are, the quicker you will find it. The best mechanism or weapon to fight this battle other than prayer and the Lord’s help is accountability and openness. Knowing that my wife is looking over my shoulder and checks my activities it a huge deterrent and thankfully the consequence of disappointing and saddening her has more weight for me than the high of this addiction. I am afraid that others are not as fortunate. Considering how controlled the addiction is and how the images hardly plague me, in many ways I have been blessed undeservedly.

Now, the struggle is still there, but we have safeguards in place and as a couple know how to fight against and deal with the temptation better. For many, the addiction does not start after one or two instances but develops over time and therefore can be stopped, deterred and interest hopefully ended before it is addicting. Therefore, if I may offer advice, I would definitely recommend a filter or accountability program for everyone, especially families with teenage boys but also young adults. We all have the same heart. Let’s not think this fixes everything. It must be combined with supervision, education, conversation, discussion and especially prayer.”

These testimonies from people within the NRC here in North America who have struggled with pornography (and there are many more), as well as recent findings by our sister congregations in the Netherlands that show sky-rocketing rates of pornography addiction among young people in their churches, prove that this is a growing and imminent problem that demands our attention and our action.

Every second, at least 372 Internet users are searching for pornography online.

And every 39 minutes, a new pornographic film is being created in the United States.

Beyond that, the numbers get much worse. Statistics from 2013, released by the Christian anti-porn organization Covenant Eyes, revealed the following:

And teenagers are the most vulnerable target.

A 2010 survey noted that over a quarter of 16-17 year olds said they were first exposed to nudity online, even though they didn’t want to see it. However, when addiction takes over—often fueled by adolescent curiosity and developing into a powerful, mind-twisting addiction—the results are devastating. The result? More than 7 out of 10 teens hide their online behavior from their parents.

This means that if you are not using pornography at all in today’s North America, you are a minority.

Pornography, because people are so visual, actually triggers a chemical reaction in the brain, releasing what are known as “erototoxins.” These erototoxins literally rewire your brain, and the images are often burned into one’s memory, inerasable.

An increasing belief that monogamy is not the natural state.

An increasing belief that marriage is not something to aspire to, but rather is sexually confining.

An increasing disdain for family and raising children.

It reduces women and girls to the level of objects, and change the way males view females.

Pornography has the raw power to destroy the futures of an entire generation. We need to equip the youth to combat this new threat. Forewarned is forearmed.