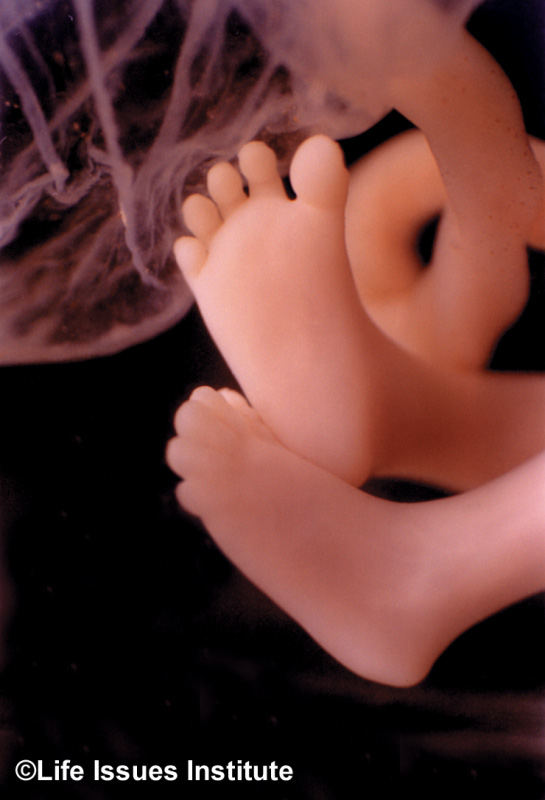 Part 2 of 3 of the Abortion Series, originally published in the NRC youth magazine Insight Into in 2008-2009. Reprinted with permission from the authors.

In the first article of this series, Sarah Maljaars introduced abortion as the “silent holocaust.” This article will address what the Christian response to abortion should be. For many involved in abortion apologetics, or the defence of the pre-born, arguments are made in terms of science and philosophy, but for Christians, these arguments and the underlying beliefs are based on the Bible.

Any response to abortion by a Christian is based on the Bible, which is very clear about life. One of the central arguments regarding abortion in our secular world is based on legal terms including the word human” and “person.” ”

In the past, groups have been recognized as “human,” but not as “persons” under the law, which allowed genocide to occur. This definition is not one we can find in the Bible. In fact, the Bible does not mention the word “human.” The bible refers to man, women, child, son, daughter, and babe.

God does not distinguish between born and pre-born life as can be seen in several places. Elizabeth is recorded in Luke 1 where in verse 36 she “conceived a son” and in verse 57 where “she brought forth a son.” God did not distinguish between the child before and after birth, but called Elizabeth’s child a son beginning at conception. Another example is from Job 3:3, where Job refers to “a man child conceived,” showing again that God provides no distinction after the moment of conception.

One of the common reasons provided for abortion is that the recipient is “not ready for children yet.” This flies in the face of the blessing provided by God, especially because our lives were ordained by God from before our conception. The Bible makes references to prophets (Jeremiah, John the Baptist) and preachers (Paul) who were appointed, called and set apart in the womb.

When we consider the number of abortions that take place daily around the world, especially in Western countries that were founded with Christian principles, it is clear how far society has moved. Even during the period known as the dark ages in Europe, when daily life was coarse and uncivilized (in our eyes), expectant mothers were treated with great respect. They were provided with the best possible food, rest, and the care they needed. Maltreatment of any expectant mother was met with stiff punishment because people recognized how fragile the developing child was.

Fast forward to our modern Western society, and we notice a remarkable change. Our “enlightened” society has come to despise the blessing of children with many couples opting to not have any children, or only have one. In some cases, expecting mothers are ridiculed, especially young women who have opted not to abort. Along with this transformation there is a different attitude towards life. Instead of respecting life in the womb, as God’s Word does, our society only protects pre-born life when individuals decide that the life is wanted. Parents who are happy to be expecting a baby celebrate as though life has already begun. If their child is born prematurely they would obviously want the state to recognize their child as a legal “person”, so that she or he could receive the necessary health care. However, parents who do not welcome a pregnancy argue that life does not begin until the baby is actually born, so that they can justify having an abortion.

Even though many parents believe that they are only aborting a lifeless, unwanted piece of tissue, we know that they are actually killing a helpless human being. The Bible makes clear references to the deliberate killing of innocent human beings. In Deuteronomy 27:25 we read, “Cursed be he that taketh reward to slay an innocent person.” This very statement applies to every abortion clinic and hospital where doctors and nurses are paid to perform abortions. But can it also apply to others?

In Canada, our tax dollars pay for abortions performed under the guise of “healthcare,” in spite of abortion not being a medically necessary procedure. We might defend ourselves from any involvement in this system where we cannot choose how our tax money is spent, but are we concerned about it? Do we bring our concerns to those in government who do make the decisions? Are we involved in the fight to end abortion? As Christians we have the scriptural knowledge that all life, especially that of the pre-born, is precious. With that knowledge we have the responsibility to protect the innocent and helpless lives of the unborn through any means we can use.

Next: Abortion: A Practical Outlook by Maaike Rosendal