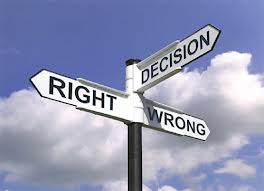 When doing pro-life activism on the streets we often hear interesting results from the Christians that cross our path. Some appreciate what we are doing. Some have concerns, and some of those concerns are interesting ones. After only three months of doing this work full-time I have the feeling that I’ve heard it all. I haven’t, of course, there are always interesting new angles to look at. As a CCBR intern, I have been taught how to reply to nearly every pro-choice argument in the book, but when it comes to people who bring up the Bible there are endless questions that are brought to our attention and many that we need to think through on the spot. However, one question that is definitely a recurring theme is, “Why do you think that God needs images? Don’t you think that He has the power to change minds through His Word?”

The first answer to this question is that we don’t because He doesn’t and, absolutely, God’s Word is the most powerful thing that man has been given. The first thing I always feel the need clarify is that these images don’t replace the Bible. We are not on the streets claiming that all we need is images. Changing hearts and minds is much larger than that, much larger than the images, much larger than we are.

However, when a woman came up to me and asked me why I was denying the power of the conscience, and worse, the power of God’s Word, I was confused. I didn’t understand how showing the truth of what abortion looks like was a ploy to usurp the work of man’s conscience. After all, I explained, our images don’t replace the conscience, we merely pray that God will use them to prick the conscience and spur people to repentance and action. Without our God-given consciences we wouldn’t be here showing these images to the public. Without God-given consciences these pictures would have no affect whatsoever on the public. Without the conscience our work would be fruitless and that is a fact that we all admit freely.

Saying that these images could be used to prick consciences of those who have had abortions, are considering an abortion, or have done nothing to stop abortion usually leads to further questioning. After making this point once on the street I was indignantly asked who I thought I was. Did I think I could change the world? Did I think that it was just because of me and my activism that children were saved from abortion? My answer to each question was a firm, no, I do not, but I followed it up with a question of my own. What, in my actions, makes you think that I think that I can change the world, and even more startling, save children on my own? All I am trying to do is to respond to the command given to us in God’s Word to reach out to my neighbor and to deliver those drawn unto death.

However, I had more to say than just a reminder on the commands given us by God. I felt that I had to defend myself from the claim that because I was here with my images, because I dared hope that I could make a difference, that I was arrogantly pushing the work of God to the side in order to prove that I could do it better. The first point that I brought up was the fact that the images do indeed work. Pro-lifers have held in their arms children that have been snatched from the jaws of death as a result of women seeing these images. These images are effective, we have indisputable proof that they are. So what does that mean? Does this proof show that in our visual culture images are more powerful than the Bible?

Again the answer is no, absolutely not. What this proves is that all truth is God’s truth and that God still works in powerful, wonderful ways. When a child is saved, when a mind is changed, we dare not be so arrogant as to say that we saved that life or that we changed that mind. All this proves to us is that God used these pictures to do a marvelous thing. Any good work is a work of God for nothing done by a sinful person can be better than filthy rags.

The use of abortion imagery does not in any way take away from God’s Word or from God’s work. All the fruit of the pro-life movement shows is that we, in a very small way, can be used as tools in God’s Almighty Hand to fight for the rights of the tiny children fearfully and wonderfully made in His image. All these pictures do is bring people face to face with God’s perfect law. We are merely messengers of the truth of the horror of abortion; God is the One who changes minds, He is the One who saves lives, He the only One who can perfectly heal and redeem broken hearts. 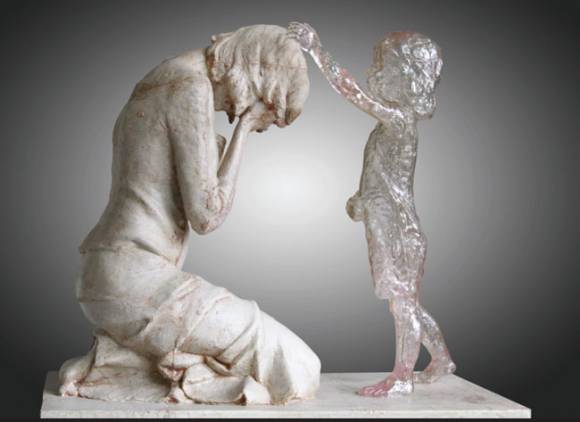 Can you see the tiny forms of children
Broken, beaten, bruised and torn?
Do you see tears carefully hidden
By mothers guilty and forlorn?

Do you not hear, can you not see,
The blood that rests on all our hands?
The stench of great iniquity
That covers all of our vast land?

Do you ask, now where is God?
Who lets such horrors continue on?
Do you sit and wisely nod,
It’s not our fault for God is gone.

God, Thou must remain in heaven
Stay beyond our earth’s blue skies
We have eaten the poisonous leaven
Which the devil well supplies

For as we stay dumb, deaf and blind
We see no blood, we hear no cries
Our hearts we harden, and sin we bind
Close on our hearts, believing lies.

Our children suffer, are valued not
Their life not treasured, thrown away
Their little bodies left to rot,
Yet we continue on our way.

But pray our eyes be opened wide
To see the blood of children lost
To see how the Great Divide
Has polluted minds, we pay the cost.

Let us no longer remain silent,
We may no longer close our ears
Let us our best garments rent
And fill our eyes with guilty tears

Let the voiceless gain a voice
Let the hidden blood be seen
Let us no longer rejoice
In what our sinful lives have been.

Let the children come and welcome
Let your daughters gain a friend
Do not keep your lips closed and dumb,
But make the slaying of children end.

Then, do you hear the children laughing
Safe inside their warm cocoon
God-given life in our safe keeping
Remains safe in mother’s womb

Take up the sword of truth all people,
Answer the call of God’s just war
Fight for the rights of pre-born children
Let their blood be shed no more.