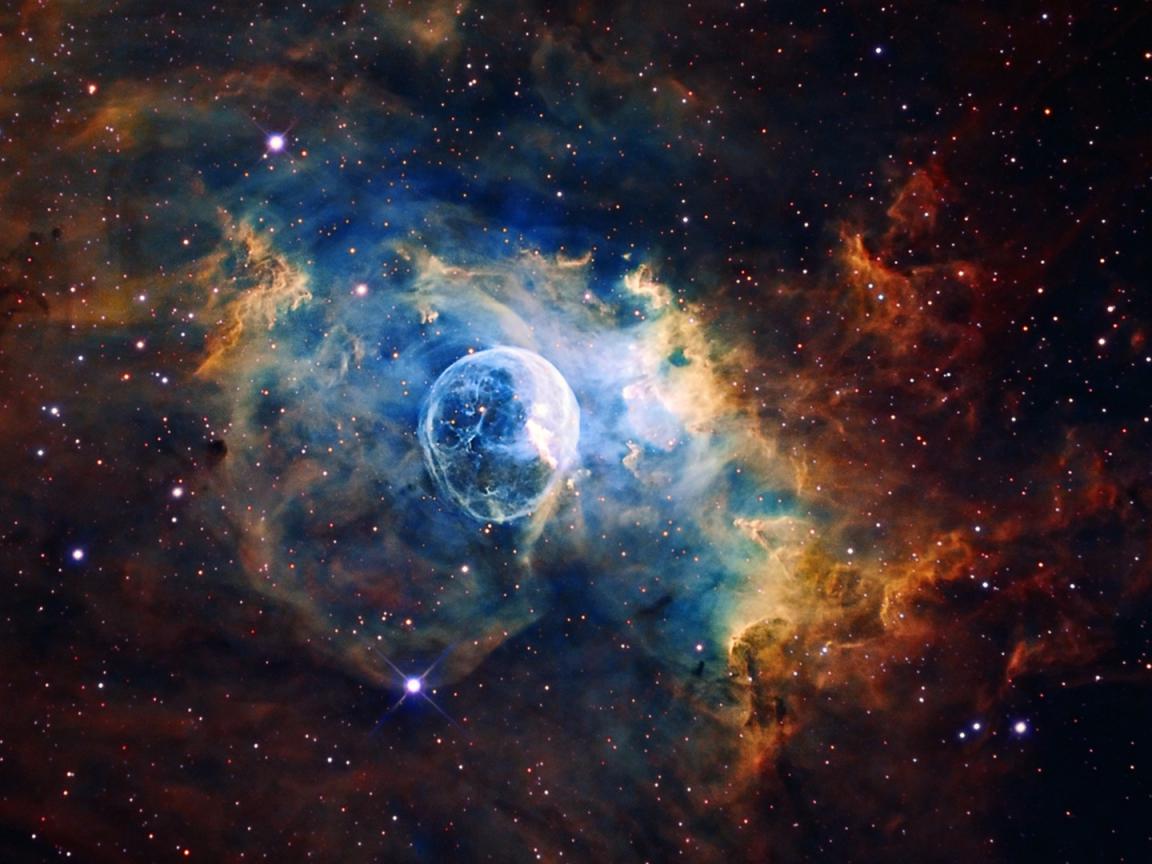 Suppose you ask a scientist today to summarize all that exists. He or she will tell you that everything that can be known is part of time, space and matter. Now take a look at Genesis 1 verse 1. It says: “In the beginning God created the heaven and the earth.” In other words, God says that he caused time (in the beginning), the existence of space (the heavens), and matter (the earth). Isn’t it remarkable that what science describes as the observable world is the same as what Moses penned down so long ago?

Whether in high school or university, or as we settle into a job, at some point many people wonder about the origin and meaning of life. We struggle with the same questions: how did it all start, where does life come from, and what is the purpose of life? I say ‘struggle’ because there is a dominant opinion in our society which answers these questions with one word: science. But the notion that ‘science’ can answer all these questions leaves many people uncomfortable.

Let’s go back to Genesis 1:1 and the point I made at the start of the article. If the summary of existing things by scientists is so close to the account of God’s word, why does not the vast majority of our society believe in the creation account? Now we are getting closer to the problem. The ‘real’ problem for most people in Genesis 1:1 are the words God created.” God’s authorship of all things was obvious to Adam and Eve before the fall but has become the key stumbling block for millions after.

There are at least three logical possibilities why God’s creatorship of all things could become a problem for people to accept. First, it could be that we have discovered that it is not really possible for him to have made so much, for example, galaxies upon galaxies of stars or tiny cell components. Second, it could be that scientists have discovered that things existing could have come into being through another way that does not require God’s creation or that the revelation of God’s creation clashes with science. Third, it could be that we do not want God to be the explanation of our existence regardless of the argument or logic.
The first logical reason raised above is of course easily answered. God who reveals himself as all-knowing, almighty, all-wise, everywhere present, and always being even before time was cannot logically have a problem creating things big or small. The third reason is not based on science or understanding but on the will. We learn from Adam and Eve in Genesis 3 that they rejected God not because they wondered whether he really was God, but because they wanted to become God themselves. We see humanity after the fall rejecting God in principle. So it is not a surprise that over time people have rejected God in science. People come up with elaborate ways to justify their decision to take God out of the equation. Adam and Eve did the same. They made elaborate excuses about who was guilty of eating the fruit.

Let’s remember that when we think about science and faith and God and reason, the first problem is not the way Genesis describes creation or contradictions between scientific methods and Biblical texts, and so on. The first problem is the broken will directing the mind in a wrong way. The broken will says: “now that we have left God, how can we explain everything without him?”

Consider again the three logical reasons mentioned above why God as the creator of all things is an obstacle for people. I concluded that number one is a non-issue and that number three is the first problem. Thus, the remaining issue to address is reason number two. Now, even though the will is the biggest problem, Christians still need to advance the knowledge and logic of creation as persuasive as possible to non-believers so that their minds begin to question whether their views are really logical and substantial. The study of doing this is called ‘Apologetics.’ Many books are written on the subject. My purpose in this and following articles is to provide simple ideas to guide your thoughts.

First of all, we need to understand what we mean by science. In order to compare the creation logic with science we must avoid a false worldview that has crept in. There is science and there is ‘scientism.’ The first is a method of investigation. It is a set of rules and a code of conduct of how to do research. It holds that to study something you need rules on how to observe, how to compare, and how to establish cause and effect. But scientism is something different. It is a belief system that pretends to be science. It holds that only those things that humans can observe actually exist and whatever cannot be observed by humans in a scientific manner does not exist. The mistake ‘scientism’ makes is that it beliefs there is only one source of knowledge: observation. The Bible of course reveals two sources of knowledge: observation and revelation. I want you to see the logical error folks make who turn science from a method into a belief system: on the one hand they say that humans came late in the evolution of all things after millions of years of other things being around. On the other hand, they claim that only human beings can judge what is and what is not. It is convoluted thinking. On the one hand they say that human brains are just fragile tissue that did not develop as we know it till some 150,000 years ago and on the other hand they say that only this brain can judge all things that have been and are now. Do you see the logical contradiction?

Scientism is merely a presumption. God reveals in creation and in the Bible that there are a lot of things we humans cannot really observe as in touch, smell or measure. Take for example ‘the beginning.’ God says there was a beginning. None of us were there to observe it, but does that make it impossible? God says that he called things into being that were not. How can you observe that? The fact that revealed knowledge exists alongside observed things simply means that the knowledge of God exists alongside the method of science.

Many early Western scientists understood both sources of knowledge. Heinrich Hertz (electro-magnetic frequencies), James Joule (units of energy) and Isaac Newton are three names of Christian scientists you can easily recognize. The point I am making is simply this: learn to distinguish between science as a method and scientism as a belief system. Science as a method contains many things we call talents from God. It can teach us many things. As Christians we do not have to reject it. Do not be intimidated by people who suggest that science and Christianity are incompatible and that science proves Christian knowledge cannot be logical. Think of two types of knowledge (observation and revelation) and two ‘judges’ of this knowledge (God and humans) and that it would be illogical if the human judge presided above and beyond God.

The Christian understanding for all existing things is that God’s revelation, including his creation account should be a framework to use science as a method. This is a reasonable viewpoint that you can develop and defend. God has created all things, including humans and he has given them a capacity to understand two types of knowledge. They have sense and order and logic to pursue the scientific method, but they also have revealed knowledge from God himself that they otherwise could not find out. God has revealed it in his Word.

“God and Reason Part II: The Question of Origin and Evolution”“