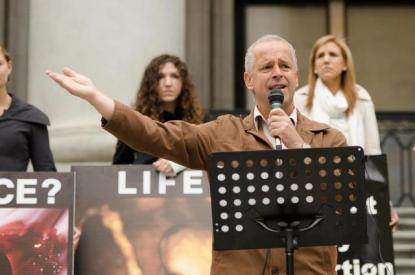 Editors’ Note:
Dr. Alexander Moens is a professor of political science at Simon Fraser University and attends the Netherlands Reformed Congregation of Chilliwack, British Columbia. A long-time supporter of pro-life initiatives, he spoke at the launch of the New Abortion Caravan in 2012 and has written on the issue as well. Dr. Moens is involved with a number of organizations that seek to support persecuted Christians worldwide, and kindly agreed to write an analysis of the persecution of Christians around the globe for The Reformed Pro-Lifer.

Part II of this article can be found below. Read Part I here.

What lessons do we draw from this attack on Christian religious freedom? First, let us be careful not to commit either of two fallacies. The first is to think of all politics as simply a large conspiracy. In this view, all Muslims are out to conquer the world and all the problems are painted with the same brush. There is much in Islam, especially the later chapters or Surrahs of the Koran that emphasizes conquest and force, but there is also a great deal of variation within Islam and Muslim communities. Within the Muslim world there are arguments and examples that are the opposite of my points above.

The second fallacy is often committed by folks in the Western media who appear nearly colour blind and tone deaf when it comes to the problem of Islamist terrorism and Christian persecution. In this flawed argument, no overall patterns or conclusions are ever spotted. They speak only of isolated incidents, extremism, sectarian violence and other neutralized words to help the reader miss the bigger picture.

So what is the big picture that we should see in terms of current persecution against Christians? It is religious cleansing. Think of ethnic cleansing in the Balkans in the 1990s. We saw Serbs and at times also Croats and Bosnians trying to kill or push out entire minority communities. This is the current trend in many of the 60 states in the ‘Arch of Persecution.’ Sometimes the cleansing is quite local. In some villages in Ethiopia, Kenya, and Tanzania this dynamic is going on but largely under the radar of media attention. In other areas it is more organized. For example in Mali, Mauritania and Niger, hard-line Salafist groups want to get rid of all Christian and Sufi people in the country. The same idea is going on in Northern Nigeria where Boko Haram and Ansar Dine are two groups perpetrating religious cleansing. In some places, the religious cleansing is going on underneath the democracy agenda. In many areas of Egypt, the Arab Spring or the pro-democracy movement is taking place while at the same time various factions of Salafism are pushing out Christian communities. In smaller ways, the same thing is occurring in Libya and Tunisia. In the six former Soviet Republics from Azerbaijan to Kazakhstan, the end of Russian protection has meant the gradual squeezing out of Christians. In some places like Iraq, the plight of Christians has been an unintended consequence of the American Invasion of 2003. The more than 1 million Christian population under Saddam Hussein is now down below 300,000. There are also good developments. For example, South Sudan was created so that the Christian people could have a country away from the brutal persecution of the Khartoum government whose leader has been indicted by the International Criminal Court in The Hague and is wanted for war crimes and crimes of genocide.

What does the global assault on Christians mean to Westerners and Western Christians? What does this call us to do? The first response for Western Christians is non-political. The New Testament is full of examples of Christians helping brothers and sisters in need even if they live far away. We need to help these persecuted Christians by coming to their aid with secret messengers bringing help, with safe-houses, medical help, and new skills and investment tools to pick up their life in a new community in their home country. We also need to do direct refugee assistance. Christian churches in the West need to develop a community of prayer and care to bring refugees into the West as a last resort. The problem is so huge and acute that every local church of reasonable size should develop a strategy of working with the Canadian government, NGOs and the United Nations to sponsor and adopt Christians and their families.

The second response is political and it applies not just to Christians but to all people living in liberal constitutional states all over the world. The problem is not the West versus Islam, but the democratic world versus the world of religious illiberalism. The encroachment of religious totalitarianism will affect our political freedoms and our economic well-being.

Religious, economic, and political liberty are the three dimensions of a free society such as we enjoy in Canada. All three freedoms are necessary to have the geometry of genuine individual and legally protected rights as well as representative democracy. Without them, minorities exist at the mercy of the majority. Canadian foreign policy has always pursued the principles of liberty by protecting and promoting democracy as well as sought the values of economic liberty by expanding free trade and helping developing countries reform towards economic freedom. In contrast, Canadian foreign policy has not treated religious freedom as a policy file in its own right. The government has simply been afraid to risk insulting many Muslim-dominated states.

The good news is that a crack of new light is opening. The Stephen Harper government has set up a small office for religious freedom in the Department of Foreign Affairs with an ambassador to represent our country on these matters. It is a good beginning. The office is small, the ambassador is young, and most of the bureaucracy as well as the media and academic elites are skeptical. There is much work for Christian thinkers and writers to help the new office become policy relevant and to help fill out its tasks in the future. I hope that young people feel the need to train themselves in this area and become lawyers, journalists and policy makers in order to protect the liberties gained over many centuries and to help Christians and other faiths to live under the protection of the law and responsible government.