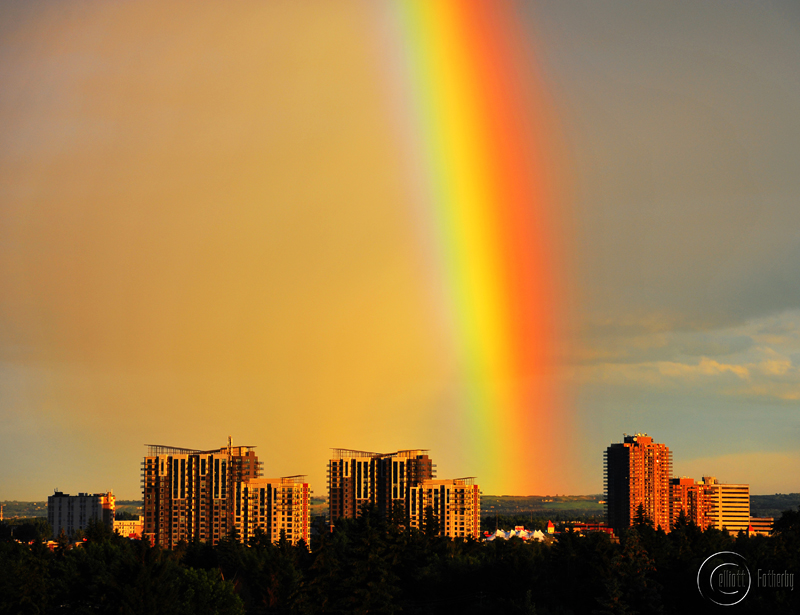 Last week, I was in Calgary to give the interns of the anti-abortion organization I work for training and workshop seminars on pro-life strategy and the history of abortion law in Canada. I was planning to do a week of on-the-street activism with them, as well having several meetings and presentations. Unfortunately, several days after my arrival, the pounding rain that had hammered Calgary ceaselessly for weeks rose back up over the river banks, and the Great Calgary Flood of 2013 began in earnest.

The flood, of course, changed everything. Several of our interns were evacuated from the downtown. Meetings and presentations got cancelled as people were trapped in their homes or in different parts of the city. The police and the army evacuated and then cordoned off huge sections of the city to prevent looting. I drove with one of my friends down to High River, hit the worst by the flood, and saw water levels creeping almost half way up the sides of houses, military vehicles blocking the entrance to the city, and a minivan floating almost completely submerged down a flooded street. It was Alberta, but it looked like something out of National Geographic.

The day before I left Calgary, I was working on my laptop and happened to glance out the window as the rain slowed for a moment and the sun broke through the clouds, highlighting a beautiful rainbow, shimmering magnificently over a city battling to regain control over nature. I thought instantly of a Bible verse that my kindergarten teacher had me memorize when I was five years old, from Genesis 9:12-16:

12. And God said, This is the token of the covenant which I make between me and you and every living creature that is with you, for perpetual generations:

13. I do set my bow in the cloud, and it shall be for a token of a covenant between me and the earth.

14. And it shall come to pass, when I bring a cloud over the earth, that the bow shall be seen in the cloud:

15. And I will remember my covenant, which is between me and you and every living creature of all flesh; and the waters shall no more become a flood to destroy all flesh.

16 And the bow shall be in the cloud; and I will look upon it, that I may remember the everlasting covenant between God and every living creature of all flesh that is upon the earth.

In my work, you often get to see the worst of human nature put on display—selfishness of such heights that people become willing to sacrifice their own children for their desires and their plans. As one writer noted, the abortion message is precisely the opposite of the Gospel message—the Lord Jesus died so that His people could live, while we kill our children so that we can live as we please. Our nation has fallen very, very far—we permit abortion throughout all nine months of pregnancy, and celebrate the man who helped create this bloody status quo as a national hero, giving him the Order of Canada. It should make us tremble when we think of what God says in the Old Testament about child sacrifice, and how He punished those nations in the past.

This is not simply an exaggeration. In Texas this week, abortion supporters were caught screaming “Hail Satan!” at pro-lifers who were singing that beautiful hymn of an old slave trader saved by Christ, Amazing Grace. It was a revealing moment. Every so often, the Enemy lets his mask slip. Every abortion, after all, is an event that must thrill him—the gruesome destruction of a child created in the image of Almighty God, and the hardening of all those involved in the procedure. It is, for the Prince of Darkness, the perfect crime.

But—the Old Testament shows us that God is a God of first, second, and third chances. Time and time again, when Israel strayed from Him and pursued false gods, He forgave them when they repented. His patience and longsuffering cannot be understood, only recognized with utmost thankfulness. Even when God sent the prophet Jonah to Ninevah to tell them that their city would be destroyed in forty days, He responded to their repentance by saving the city, having mercy on the men, women, children—and even, the Bible tells us, the cattle. Even outward repentance, the abandonment of long-held evils, can result in God’s blessing.

For as the rainbow tells us, God will never again wipe out the whole world with a flood. And there is still time for our nation to abandon the evil we perpetrate and celebrate.

Let us not test His patience further.