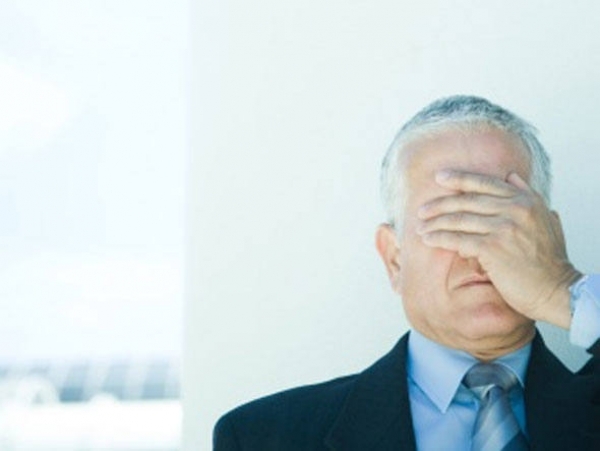 A woman walked into my study a few days ago. She was nearly naked, wearing only a bra and panties.

There is just one woman in the world who, while dressed like this, can be around me: my wife. But the woman who walked into my study a few days ago was not my wife. I was very embarrassed.

She, however, was not embarrassed at all. Let’s call her: “Shameless.”

The reason Shameless was not embarrassed was because she had swallowed the lie of our modern society. This lie says the following: if the bra and panties are the same color and made of a fabric that can be used in water, then walking around in them is completely different than walking around in underwear because they are, after all, swimwear.

Shameless is a professing Christian, yet, because she has bought into this lie, she has no problem exposing her body to the whole world. I imagine she might be embarrassed to walk in the mall, or visit her grandparents, dressed only in her bra and panties. But for some reason, she does not see any problem in choosing a photo of herself dressed this way as her Facebook profile photo.
That’s how she came into my office: by my computer screen.

I have hundreds of “friends” on Facebook that I hardly know. I accept friend requests from anyone who professes to be Christian, because I want to expand my network of contacts so I can promote the work of the various Reformed organizations and institutions I work with.

However, when a contact posts things on Facebook that promote indecent thoughts, or attitudes or actions that are not Christian, I delete them immediately.

Let me share with you the reasons why I deleted Shameless.

1. Her body belongs to her husband

If she is not married, she must keep her body for her future husband (1 Cor 7:4). Her body is not to be exposed for the world to see, much less is to be displayed on my computer screen.

2. My passion belongs to my wife

Seeing the body of another woman does not promote my sanctification or edify my marriage (Prov. 5:15-20; Job 31:1). God created man so that he experiences a very strong reaction when he sees the body of a woman. This reaction within marriage is beautiful and promotes true love. Outside of marriage it is shameful and brings destruction and sorrow.

In this world, mired as it is in immorality and sexual perversion, vigilance is necessary for a man to keep his sexual purity. When other women present themselves almost naked to him, that surely does not help in his fight against sin.

3. Public nakedness is a denial of Christ’s work

When man fell into sin, his nakedness was exposed. God then gave clothes to cover the shame of Adam and Eve. An animal had to die so that their nakedness was covered. This was a foreshadowing of Christ’s work, in which He was exposed and naked on the cross, taking upon Himself our shame, and shedding his blood for us so we could be covered with the white robes of His righteousness.
The way we dress reflects something about our understanding of the Gospel. When Christian men and women expose their bodies in public, they are obscuring the manifestation of the power of Christ’s work in their lives – instead of dressing in decent apparel, with modesty and good sense, they mimic the world, which glories in its shame.

Sadly many readers will find this article too radical. Christian women can’t wear bikinis? Men should vigilantly avoid looking at such exposed women?

There’s a reason this seems radical: we’re so mired in worldliness that we don’t even notice it. Today’s worldly, superficial Christianity produces worldly, superficial Christians. However Christianity as taught by Christ and his apostles is a total transformation of life in all respects, accompanied by a radical commitment to holiness. The change in us is not meant to be a slight one – we are to be transformed into something else entirely: “Therefore if anyone is in Christ, he is a new creature; the old things passed away; behold, new things have come” (2 Cor 5:17a). Now that’s radical! And that is Christianity!

This article first appeared in Portuguese, and was first published in English in Reformed Perspective (www.ReformedPerspective.ca). It is reprinted here with permission.