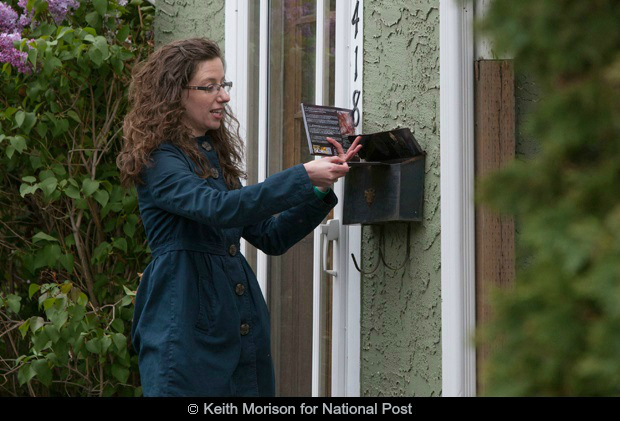 The great Reformer Martin Luther once argued for, “Peace if possible, truth at all costs.” The merit—and of course the context—of that statement can be debated. His attitude, it seems, is one that people are often uncomfortable with. In our interactions with “the world” and secular society at large, how are Christians to conduct themselves in the face of sweeping and devastating societal evils, evils which strike at the heart of what it means to be a human being created in God’s image?

There is an argument circulating in some circles that what I would refer to as “confrontational pro-life outreach” is antagonistic—and furthermore, that being antagonistic is something profoundly (if not inherently) unchristian. This argument bears examination—if only to assure those who feel uncomfortable with such outreach that their concerns are not dismissed without careful thought.

First—how is “antagonism” defined? Generally, it is interpreted as “active hostility or opposition.” In this sense, all pro-life work is antagonistic, in that it presents itself as a worldview inherently hostile and opposed to the idea that image-bearers of God can engage in an activity that butchers and destroys in the most gruesome fashion other image-bearers of God. Rather, it can be argued that those of us who believe in God and that all human beings were created in His image have an unrelenting duty to be hostile and opposed to this grotesque 21st century version of child sacrifice, which God condemns in the most explicit terms in the Old Testament. We are called to be obedient to the governments set up in authority over us, undoubtedly—however, the government is not permitted to take that which is God’s. Luke 20:5 records the Lord Jesus telling us to, “Render therefore unto Caesar the things which be Caesar’s, and unto God the things which be God’s.” The pre-born child in the womb bears not the superscription of Caesar, but of God Himself, Who created man in His image.

However, I realize that people are probably not considering the technical definition of “antagonistic” when they refer to tactics such as anti-abortion postcards, literature, or signs. Rather, they are referring to how these tactics feel—it feels like we are somehow provoking people in an ungodly, unchristian way and that this type of “hostility” perhaps crosses the line into something they are distinctly uncomfortable with. And indeed, that is hard to argue with—the reactions of pro-abortion forces to the exposure of truth are often shocking in both their lewdness and their crudeness. That being said, I would argue that these pro-life tactics are not so much “antagonistic” in the way that people often perceive that word as they are “confrontational.”

We do not seek to “antagonize” those who hold that abortion is a right rather than a brutal human rights violation—we seek to confront them with the truth and change their point of view. Time and time again, we see those who are confronted with the horrible truth of what abortion is, change their point of view. As pro-lifers, our duty is to be the conscience of our nation, and to ceaselessly confront the public with the crimes being committed out of sight. The fact that we cannot see abortion often impacts even how Christians view it—as John Calvin once noted, “In forming an estimate of sins, we are often imposed upon by imagining that the more hidden, the less heinous they are.”

Confronting our country and our countrymen with truth does not just involve noting that truth exists, but necessarily includes drawing their attention to what that is. (A pastor dealing with a church member who is guilty of repeatedly cheating on his wife, for example, would not simply content himself with a sermon on the seventh commandment, but would actually meet with the man and confront him with his actions.) If the battle for human lives resides only on the field of philosophy, with no victim and no perpetrator, then the victims remain forgotten (as they so often are) and the perpetrators carry on their way undisturbed (as they so often do). I would draw your attention to one of the many brilliant speeches given by the abolitionist William Wilberforce in the British House of Commons, who sought to confront the government of his day with the evils of slavery in the most explicit way:

“Policy, Sir, is not my principle, and I am not ashamed to say it. There is a principle above everything that is political. And when I reflect on the command that says, ‘Thou shalt do no murder,’ believing the authority to be divine, how can I dare to set up any reasonings of my own against it? And, Sir, when we think of eternity, and of the future consequences of all human conduct, what is here in this life which should make any man contradict the principles of his own conscience, the principles of justice, the laws of religion, and of God?

Sir, the nature and all the circumstances of this trade are now laid open to us. We can no longer plead ignorance, we cannot evade it, it is now an object placed before us, we cannot pass it. We may spurn it, we may kick it out of our way, but we cannot turn aside so as to avoid seeing it. For it is brought now so directly before our eyes that this house must decide, and must justify to all the world, and to their own consciences, the rectitudes of their grounds and of the principles of their decision…Let not Parliament be the only body that is insensible to national justice.”

Here, Wilberforce confronts the politicians with the evil and appeals not to his own point of view, but to that of a Higher Power. The truth that we seek to confront our culture with must not be our own, but one based on principles that are eternal. We as pro-lifers have to confront our politicians, yes. But we can’t forget that the human beings that are being destroyed are not created in our image. They are created in His. And their destruction constitutes a violation of His law, not of ours.

It is tempting in the face of antagonism and confrontation to simply hide away in our own communities, to work our jobs and raise our children and leave the fight. It is not pleasant to be opposed and confronted, just as it is often unpleasant to be the one opposing and confronting. But consider the words of J.C. Ryle on Christian duty: “True believers are always represented as mixing in the world, doing their duty in it, and glorifying God by patience, meekness, purity, and courage in their several positions — and not by cowardly desertion of them. Moreover, it is foolish to suppose that we can keep the world and the devil out of our hearts by going into holes and corners! True religion and unworldliness are best seen, not in timidly forsaking the post which God has allotted to us — but in manfully standing our ground, and showing the power of grace to overcome evil.”

Indeed, if we read the major and minor prophets of the Old Testament, we see that they did not place themselves in opposition to the government God had placed over them, but instead loudly and persistently pointed out where the actions of these leaders blatantly contradicted God’s laws and God’s sovereignty. They confronted their leaders with the sins of their nation, and demanded a change. They were, by all accounts, considered to be very antagonistic. I think few Christians would argue that we, as those who claim a belief in Christianity, are not called to confront our leaders with the sins of our day and our nation.

The question we should perhaps ask ourselves, then, is the reverse of what pro-lifers are so often asked: Is there something we should be confronting, which we are not? Or, if you prefer: Is there something we should be antagonizing, but we are not? Should our response to the systematic butchery of human beings be one of philosophical discussion, or a concrete conflict of worldviews that results in action on behalf of those who are “drawn unto death, and those that are ready to be slain” (Proverbs 24:11)? Should we be seen to mutter our opposition to those who embrace a culture of killing, or should we instead follow the command in Proverbs 31:8 to “Open they mouth for the dumb in the cause of all such as are appointed to destruction”?

These are, at least, questions worth considering.